in conversation with Jelani Cobb 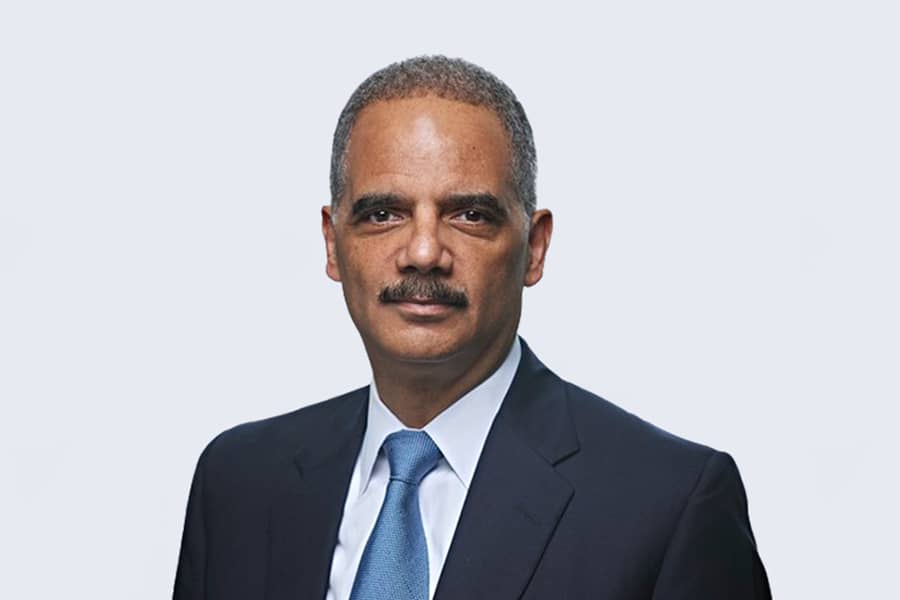 in conversation with Jelani Cobb

Join Eric Holder – online, or in-person at Book Passage, Corte Madera – to celebrate the release of his book Our Unfinished March. 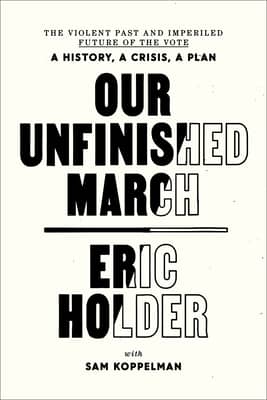 “In this analytical call-to-action, former U.S. attorney general Holder charts the history of voter discrimination. [Holder notes] that since the Supreme Court ‘gutted’ the Voting Rights Act in 2013, more than two dozen states ‘have instituted draconian anti-voting laws that clearly and intentionally have a disproportionate impact on communities of color.’ . . . Lucid history lessons and concrete solutions make this an essential primer on a hot-button political issue.” Publishers Weekly

“The former attorney general lays out the extraordinary challenges minority voters face with Republican efforts at voter suppression. As Holder notes, we are in the midst of ‘a crisis unlike any we’ve faced since the signing of the Voting Rights Act [of 1965]: American democracy is on the brink of collapse.’ . . . Holder writes critically, but he also offers a positive program for change that insists that only by popular actions, such as voter drives and demands for electoral fairness on the part of elected officials, will that change come. . . . A powerful defense of democracy coupled with a thoughtful survey of the struggle for civil rights.” Kirkus Reviews

A brutal, bloody, and at times hopeful history of the vote; a primer on the opponents fighting to take it away; and a playbook for how we can save our democracy before it’s too late — from the former U.S. Attorney General on the front lines of this fight

Voting is our most important right as Americans — “the right that protects all the others,” as Lyndon Johnson famously said when he signed the Voting Rights Act — but it’s also the one most violently contested throughout U.S. history. Since the gutting of the act in the landmark Shelby County v. Holder case in 2013, many states have passed laws restricting the vote. After the 2020 election, President Trump’s effort to overturn the vote has evolved into a slow-motion coup, with many Republicans launching an all-out assault on our democracy. The vote seems to be in unprecedented peril.

But the peril is not at all unprecedented. America is a fragile democracy, Eric Holder argues, whose citizens have only had unfettered access to the ballot since the 1960s. He takes readers through three dramatic stories of how the vote was won: first by white men, through violence and insurrection; then by white women, through protests and mass imprisonments; and finally by African Americans, in the face of lynchings and terrorism. Next, he dives into how the vote has been stripped away since Shelby — a case in which Holder was one of the parties. He ends with visionary chapters on how we can reverse this tide of voter suppression and become a true democracy where every voice is heard and every vote is counted.

Full of surprising history, intensive analysis, and actionable plans for the future, Our Unfinished March is a powerful primer on our most urgent political struggle from one of the country’s leading advocates. 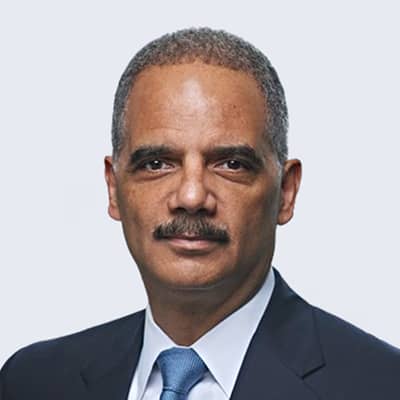 Eric Holder is a civil rights leader who is chairman of the National Democratic Redistricting Committee. He served as the eighty-second attorney general of the United States, the first African American to hold that office. Now a senior counsel at Covington & Burling, he lives in Washington, D.C., with his wife, Dr. Sharon Malone, and they have three children. 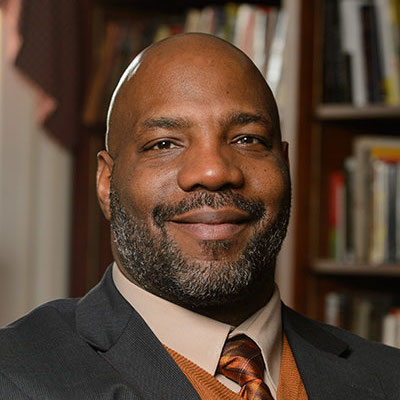 Jelani Cobb is an American writer, author and educator. Cobbs has been contributing to The New Yorker since 2012, and became a staff writer in 2015. He writes frequently about race, politics, history, and culture. His most recent book is “The Substance of Hope: Barack Obama and the Paradox of Progress." He won the 2015 Sidney Hillman Prize for Opinion and Analysis Journalism, for his columns on race, the police, and injustice. He teaches at Columbia University’s Graduate School of Journalism.