in conversation with Amy Ryan

in conversation with Amy Ryan

Join John Searles live to celebrate the release of his book Her Last Affair. 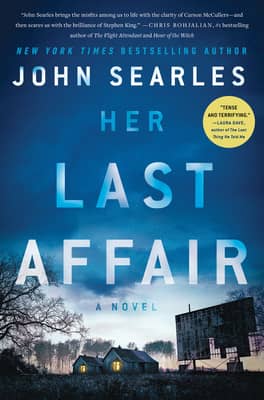 “[Searles] has crafted a strange, spooky world that is absolutely believable. Sweet, precocious, desperate Sylvie is a memorable young striver in the tradition of Scout Finch, and Help for the Haunted is an exceptional piece of storytelling, finally not about demons, but human beings who are all too flawed and all too real.” Washington Post

“In this inventive, deftly woven novel, John Searles conjures a world populated by eccentrics and dreamers who are desperate for a second chance and willing to do almost anything to get it. Genre-bending, cinematic, and darkly funny, Her Last Affair ends with a series of shocking twists that will leave you breathless.” Christina Baker Kline

Every marriage has its secrets….

Skyla lives alone in the shadow of the defunct drive-in movie theater that she and her husband ran for nearly fifty years. Ever since Hollis’s death in a freak accident the year before, Skyla spends her nights ruminating about the regrets and deceptions in her long marriage. That is, until she rents a cottage on the property to a charming British man, Teddy Cornwell….

A thousand miles away, Linelle is about to turn fifty. Bored by her spouse and fired from her job when a questionable photo from her youth surfaces on social media, her only source of joy is an on-line affair with her very first love, a man she’s not seen in nearly thirty years, Teddy Cornwell…

While in New York City, Jeremy, a failed and bitter writer, accepts an assignment to review a new restaurant in Providence. Years ago, Providence was the site of his first great love and first great heartbreak—and maybe, just maybe, he’ll look her up when he’s back in town…

Part page-turning thriller, part homage to film noir, and dazzling in its insight into the often desperate desires of the human heart, Her Last Affair is a tense and atmospheric novel of love lost and found again. 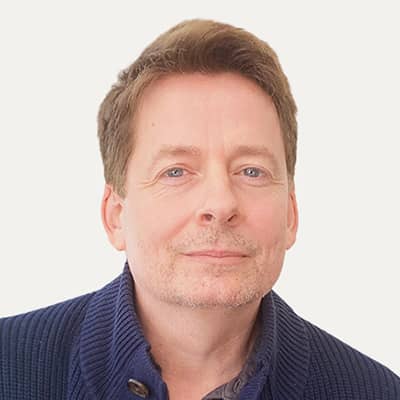 New York Times bestselling and award-winning author, John Searles, is the author ofHer Last Affair, to be published by Mariner Books, an imprint of HarperCollins Publishers on March 22, 2022. Praised as “a twisted thriller that explores loneliness and despair with cinematic flair…” (Kirkus) and “a tense, intricately woven tale of heartbreak, retribution and redemption,” (Publishers Weekly) Her Last Affair is a genre-bending read that tells the story of three seemingly separate, desperate characters, each of whom "makes a date" with a significant person from their past…to deadly effect. John’s previous novels— Help For The Haunted, Strange But True, Boy Still Missing—have been voted best of the year or top picks by Boston Globe, Entertainment Weekly, Salon and the American Library Association. He has written for written for the New York Times and Washington Post as well as appearing frequently on NBC’s Today show and CBS This Morning to discuss his favorite book selections. 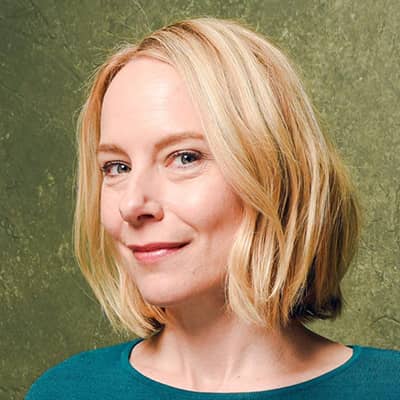 Academy Award-nominated actress, Amy Ryan, is well-known for her work on the big and small screen alike, as well as her Tony-nominated work on stage. Ryan recently wrapped a starring role opposite Joaquin Phoenix in writer/director Ari Aster’s Disappointment Blvd for A24. She was last seen starring opposite Steve Martin, Martin Short, and Selena Gomez in Hulu’s Only Murders In The Building. Some notable film credits include: Worth, Birdman, Clear History (All With Michael Keaton), Lost Girls, Late Night, Strange But True, Gone Baby Gone, Bridge Of Spies, Win Win, Jack Goes Boating, Capote, Green Zone, Before The Devil Knows You’re Dead, Central Intelligence, and Keane Television credits include: The Wire, The Office, In Treatment. Broad City And High Maintenance. Her work onstage earned two Tony nominations for A Streetcar Named Desire and Uncle Vanya and an OBIE award for her performance in Love Love Love.